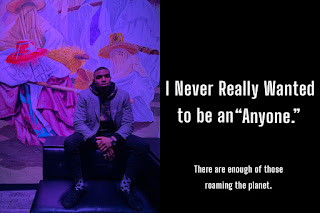 “Any fool can criticize, condemn, and complain, and most do.”-Dale Carnegie

“A wise man told me don’t argue with fools, ‘cause people from a distance can’t tell who is who.”-Jay-Z

These are two billionaires from two different time periods. Two quotes but both mention the word:

Fool: a person who acts unwisely or imprudently; a silly person.

Are you trying to get silly or grow?

The better question is, what offends you when you read these two quotes?

The word that sticks out to me is, “Any.”
I never really wanted to be an “Anyone.”

There are enough of those roaming the planet. The irony is that “Anyone” can make an impact if they’re willing to be put forth the discipline and effort, to become the one.

If Dale Carnegie is a mystery or Jay-Z an inspiration, DM me @SirAimezing on Instagram. 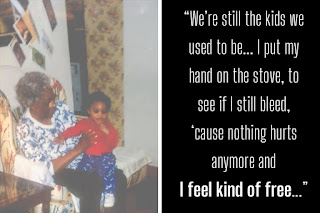 "Whatever your mind can conceive and believe, it can achieve” 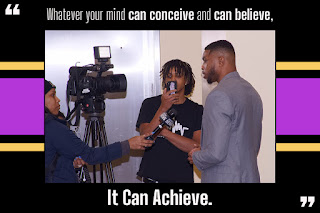 “Whatever your mind can conceive and believe, it can achieve” - Napoleon Hill Have you ever read Think and Grow Rich ?  I strongly recommend it. It’s not my favorite book by Hill, but it will change your life...forever.  This is about having a Positive Mental Attitude. Success and progress towards achieving your goals in life begin with knowing where you are going.  Your mental attitude gives power to EVERYTHING YOU DO.   If your attitude is positive, your actions and thoughts further your ends.  If your attitude is negative, you are constantly undermining your own efforts.  Every adversity, every failure, and every unpleasant experience carries with it the seed of an equivalent benefit which may prove to be a blessing in disguise.  All of our successes and failures are results of habits we have formed.   Success attracts success and failure attracts more failure. Your mental attitude is the only thing over which you, and only YOU, h
Read more 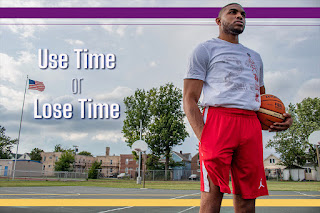 “Primetime. Basking in the line. Cassius in his prime. Coloring out of the line. ‘Cause they don’t want nobody that’s colored out of the line, so I’m late as a...Colored People Time.” - Kanye West Boy I tell you. If being late was a crime, I would have served a few years.  And it’s an awful look.  Yes, I know there is a lie some people believe that it looks cool to show-up late. Pro Tips: If attending a networking event, show up 30-minutes early.   Why Not?  You can scope the place. Get a bit comfortable. If it’s a Happy Hour, converse with the bartender. Create that connection and now you’re the liaison between others when they arrive.   Wow, I need to do this myself. You can gather more information about the theme of the event. You’re putting yourself in position to meet more people i.e. the point of networking! Same rules apply to a party.  By knowing all the details for the party, when guests arrive you’re the “Best Guest” beca
Read more